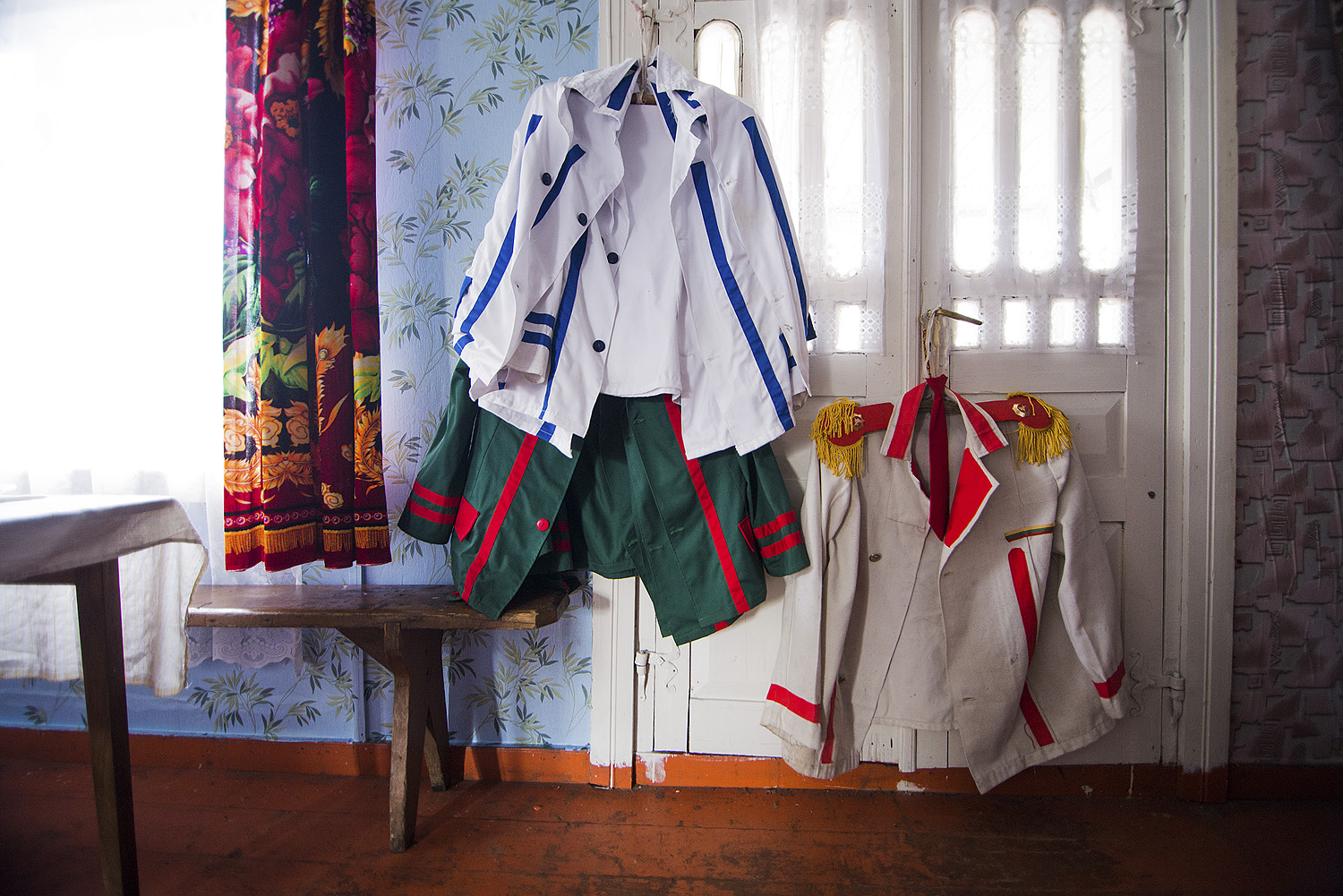 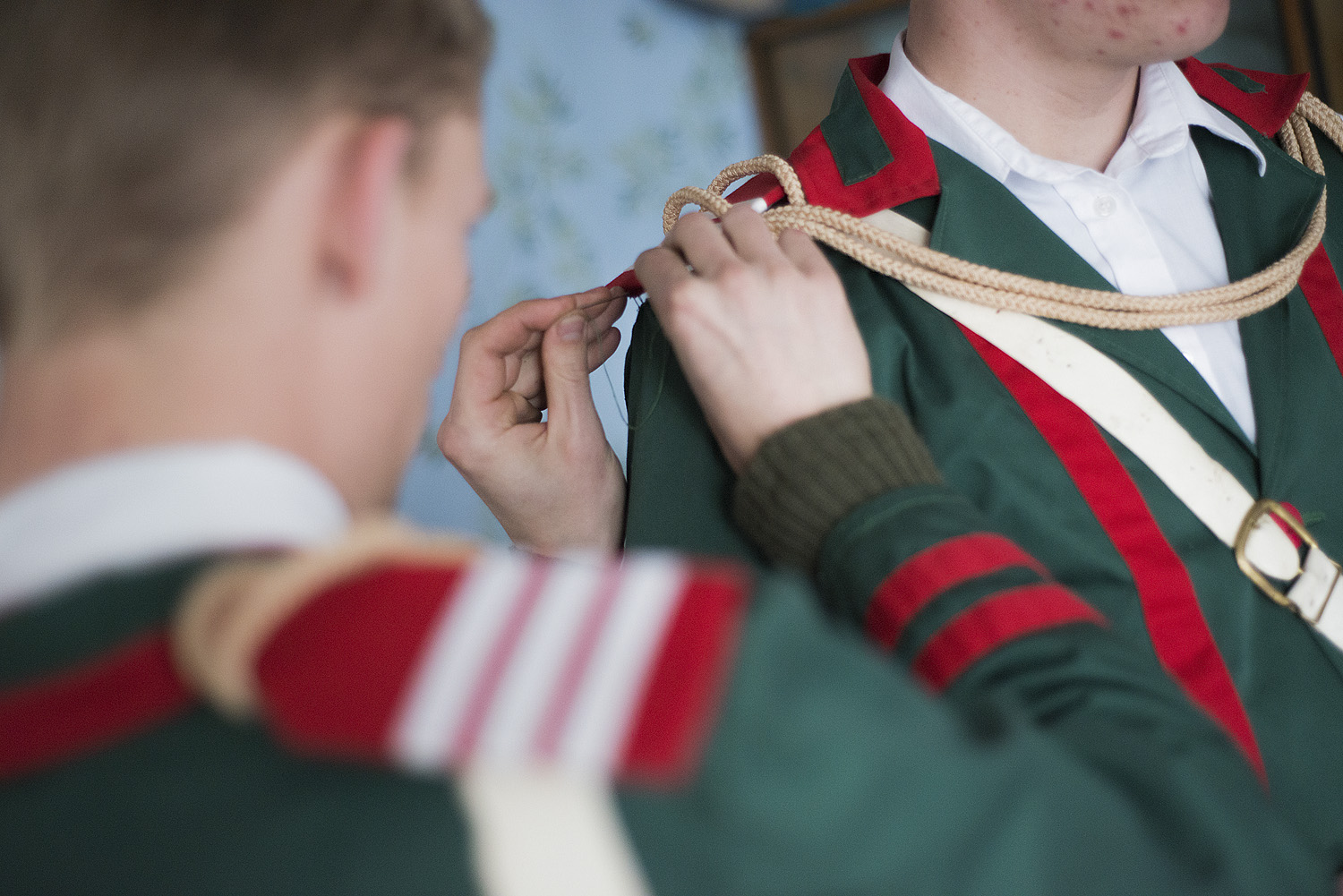 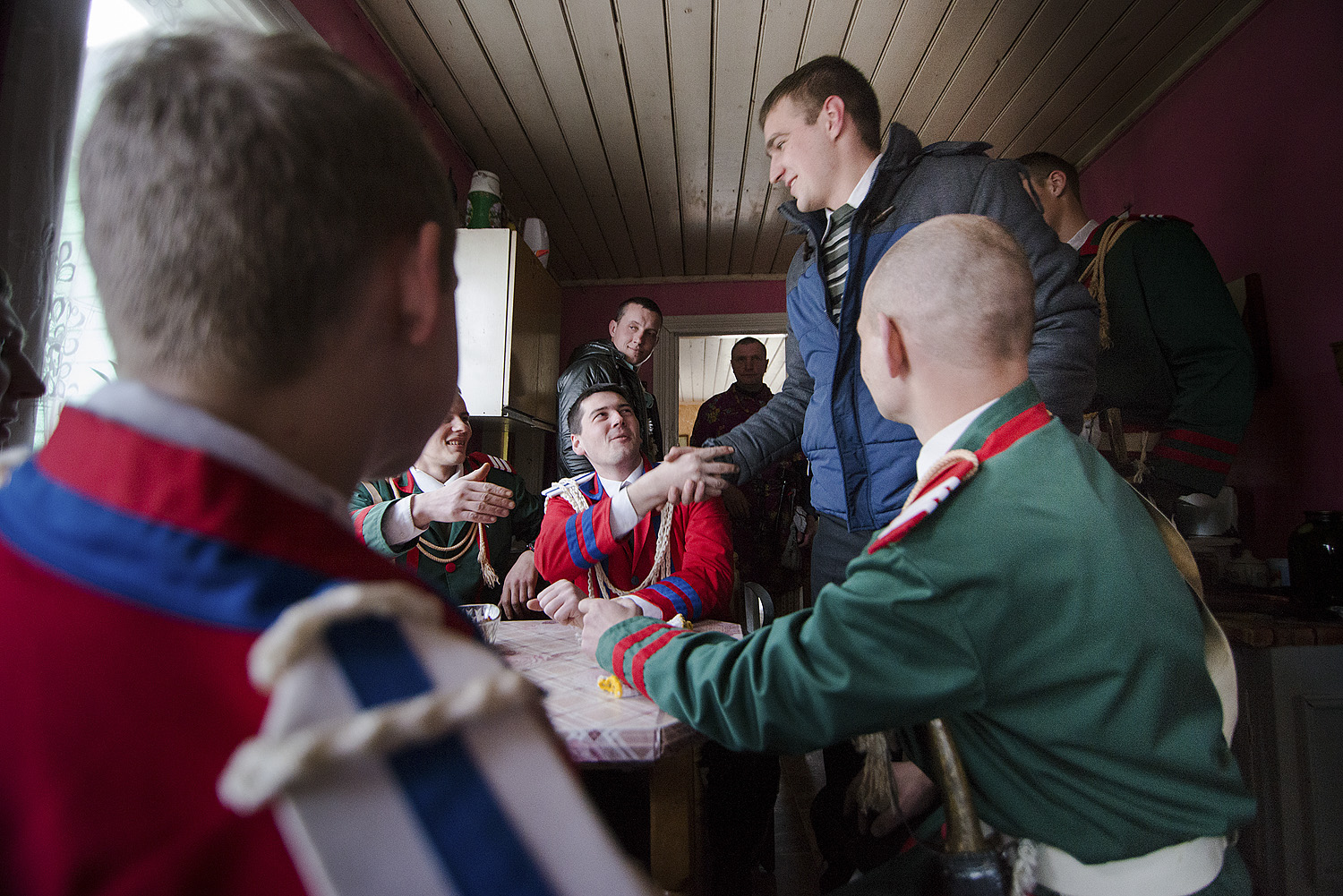 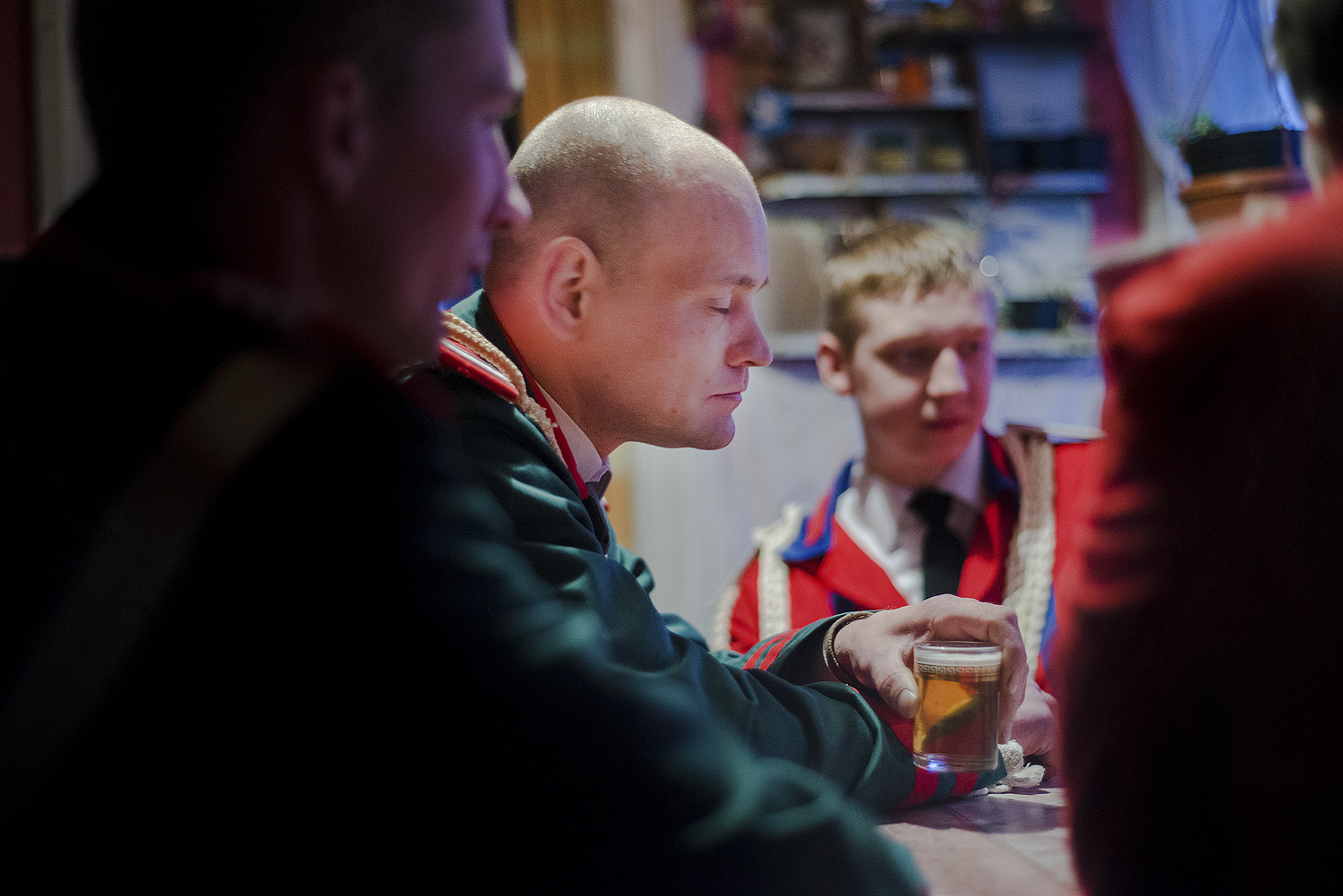 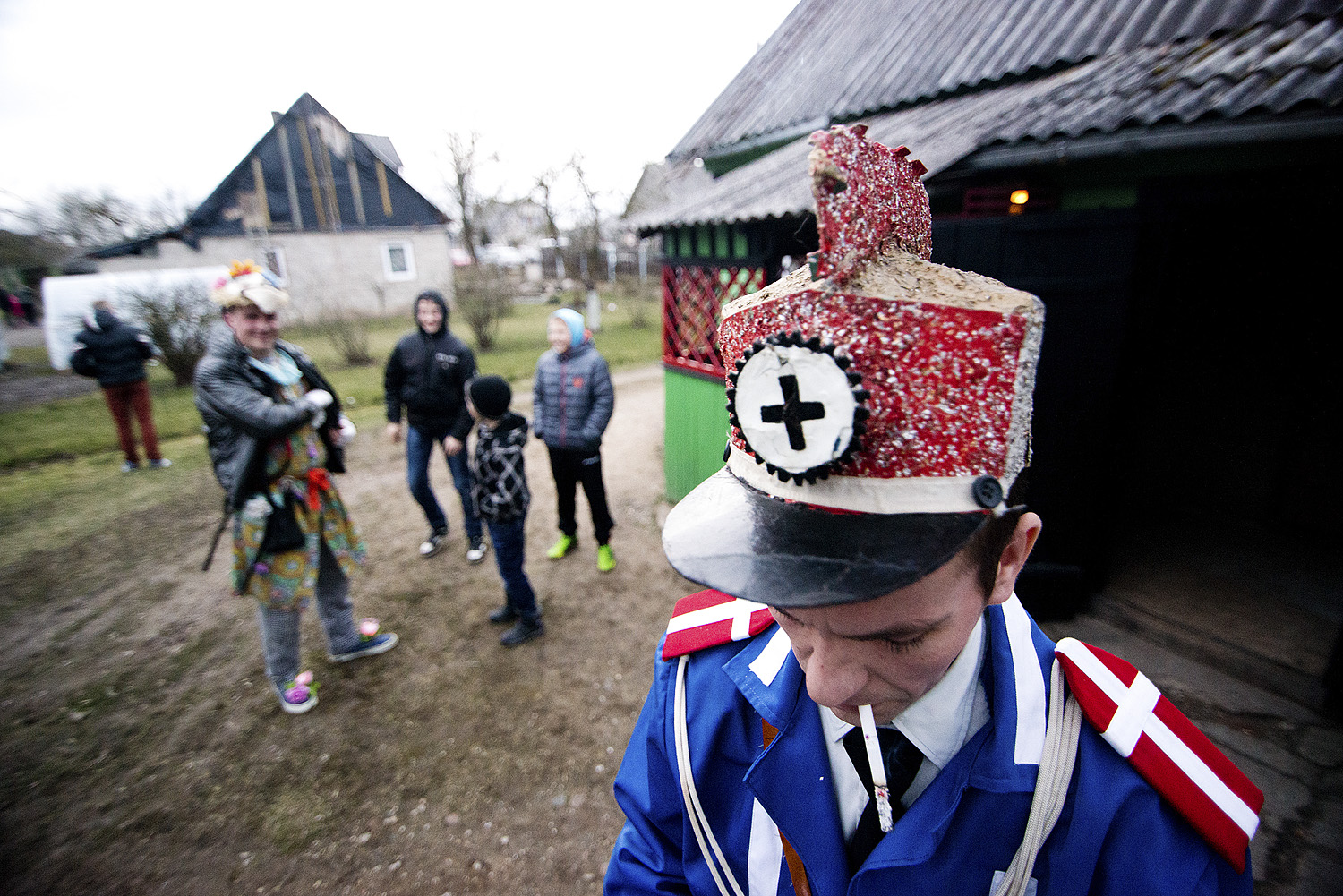 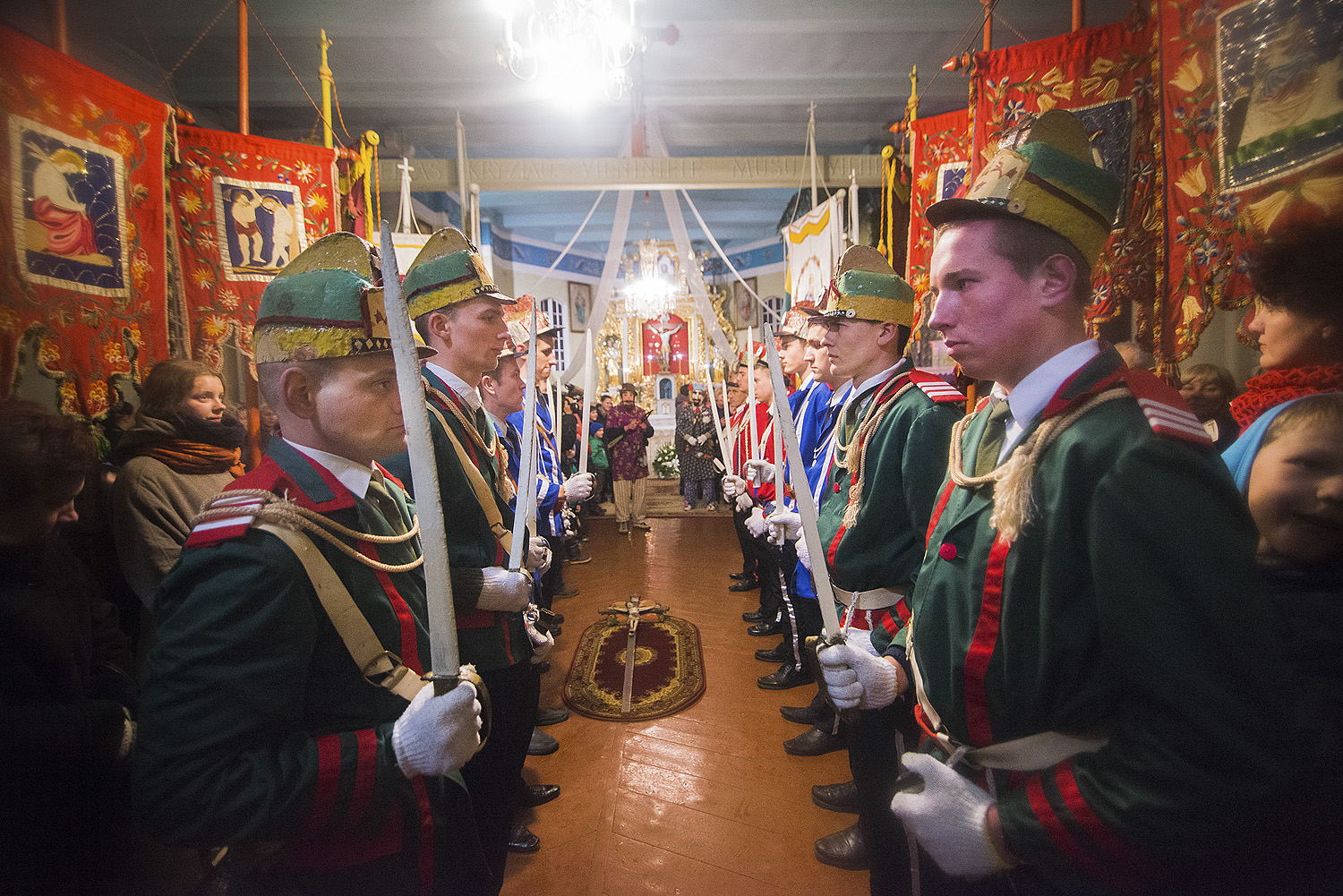 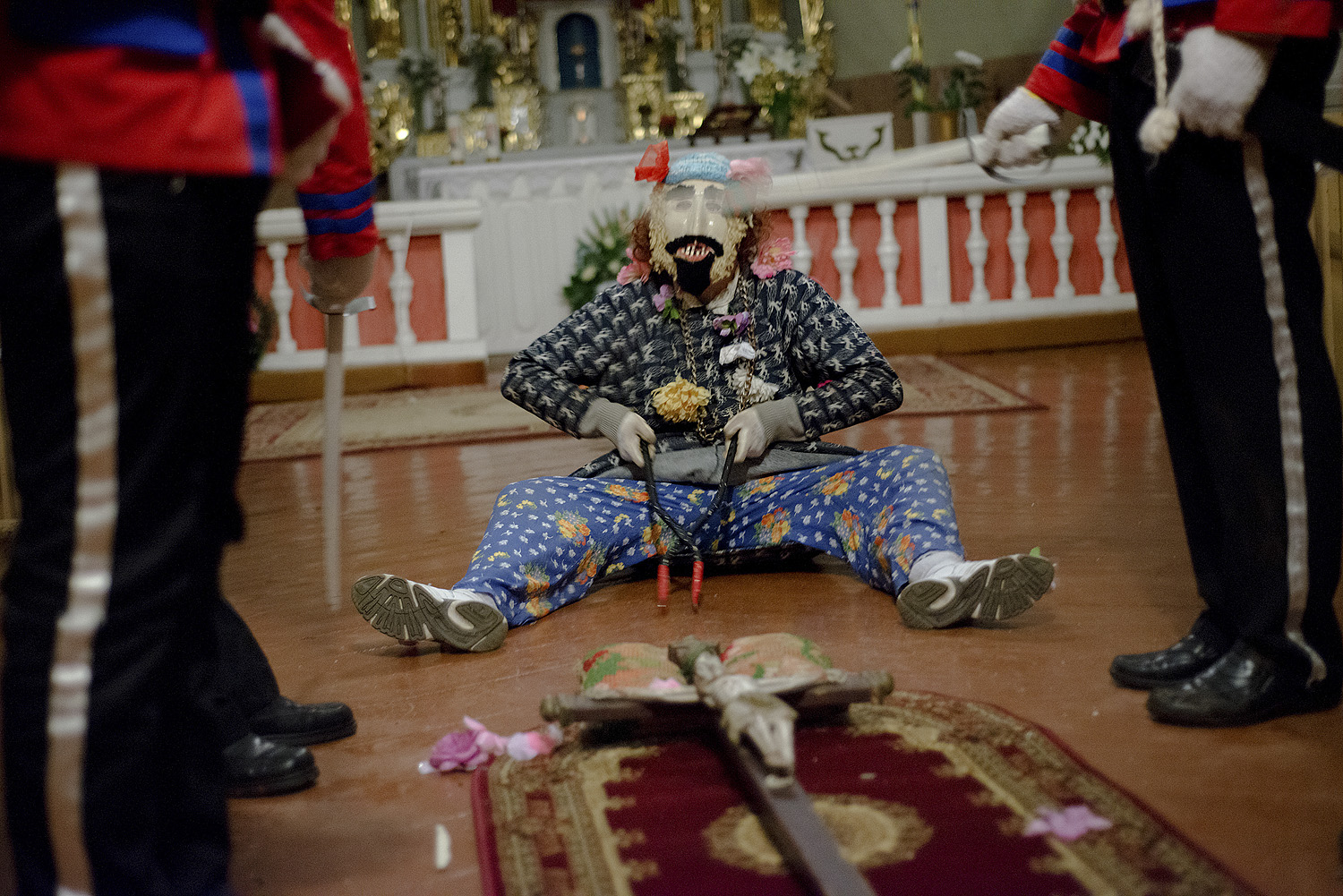 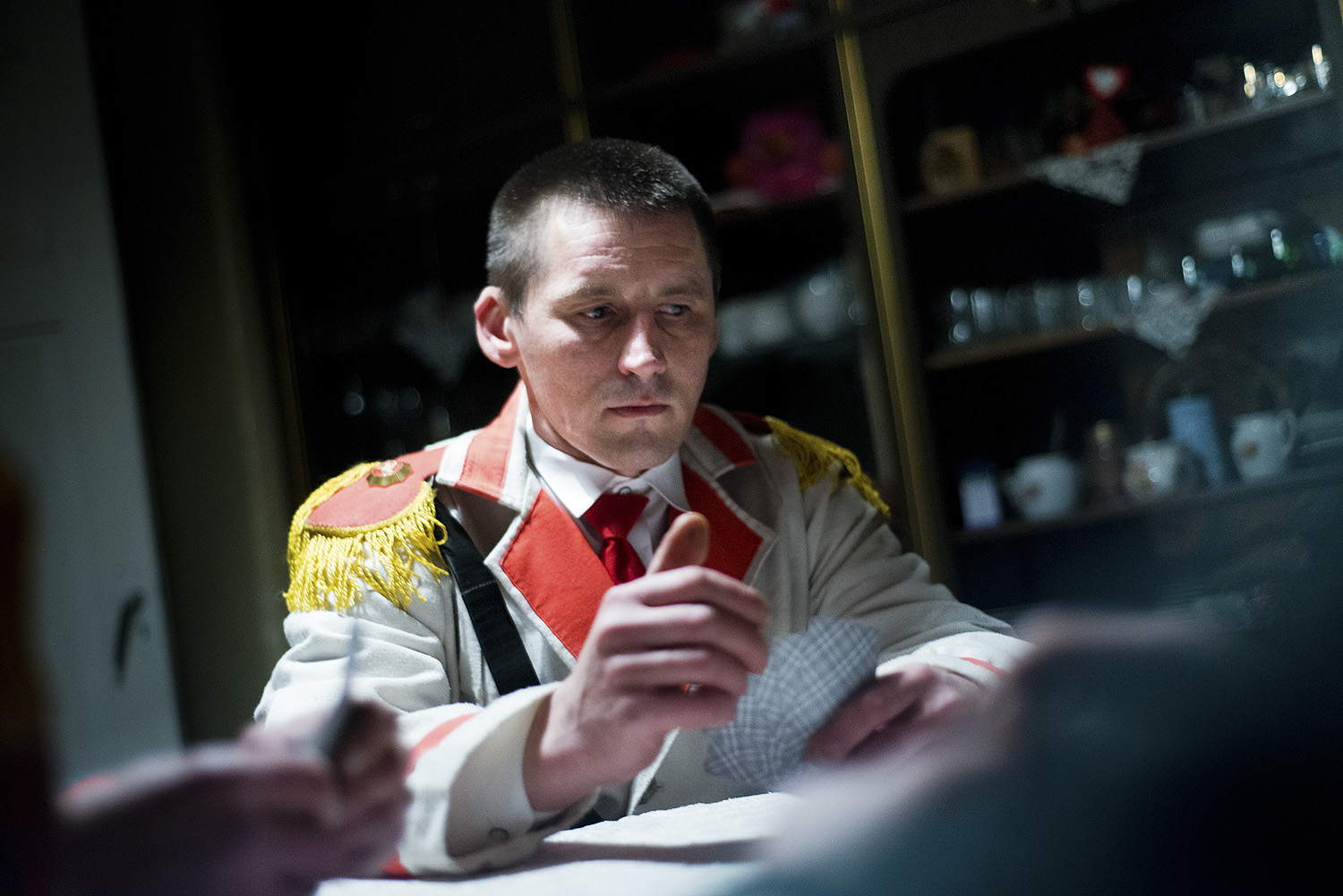 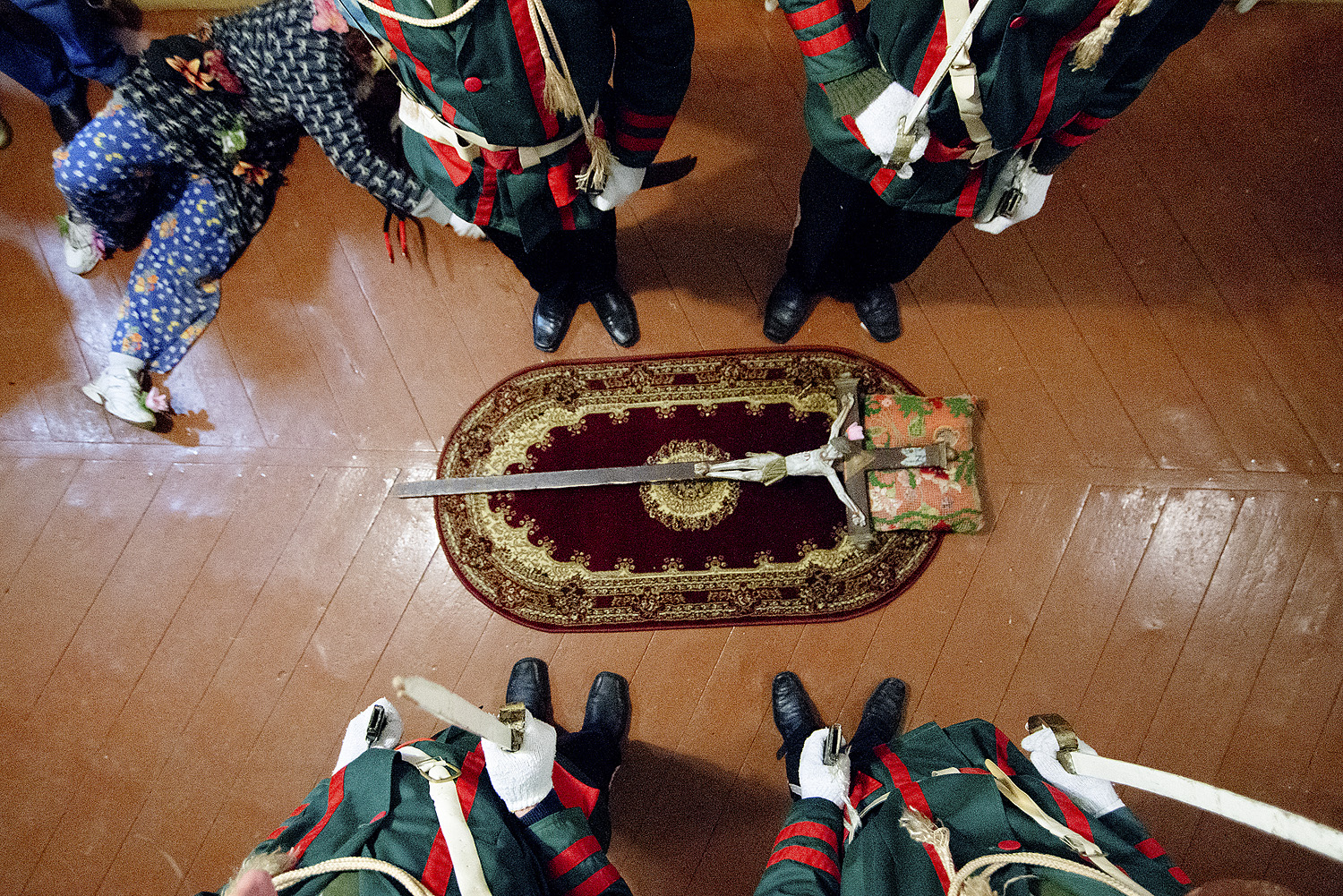 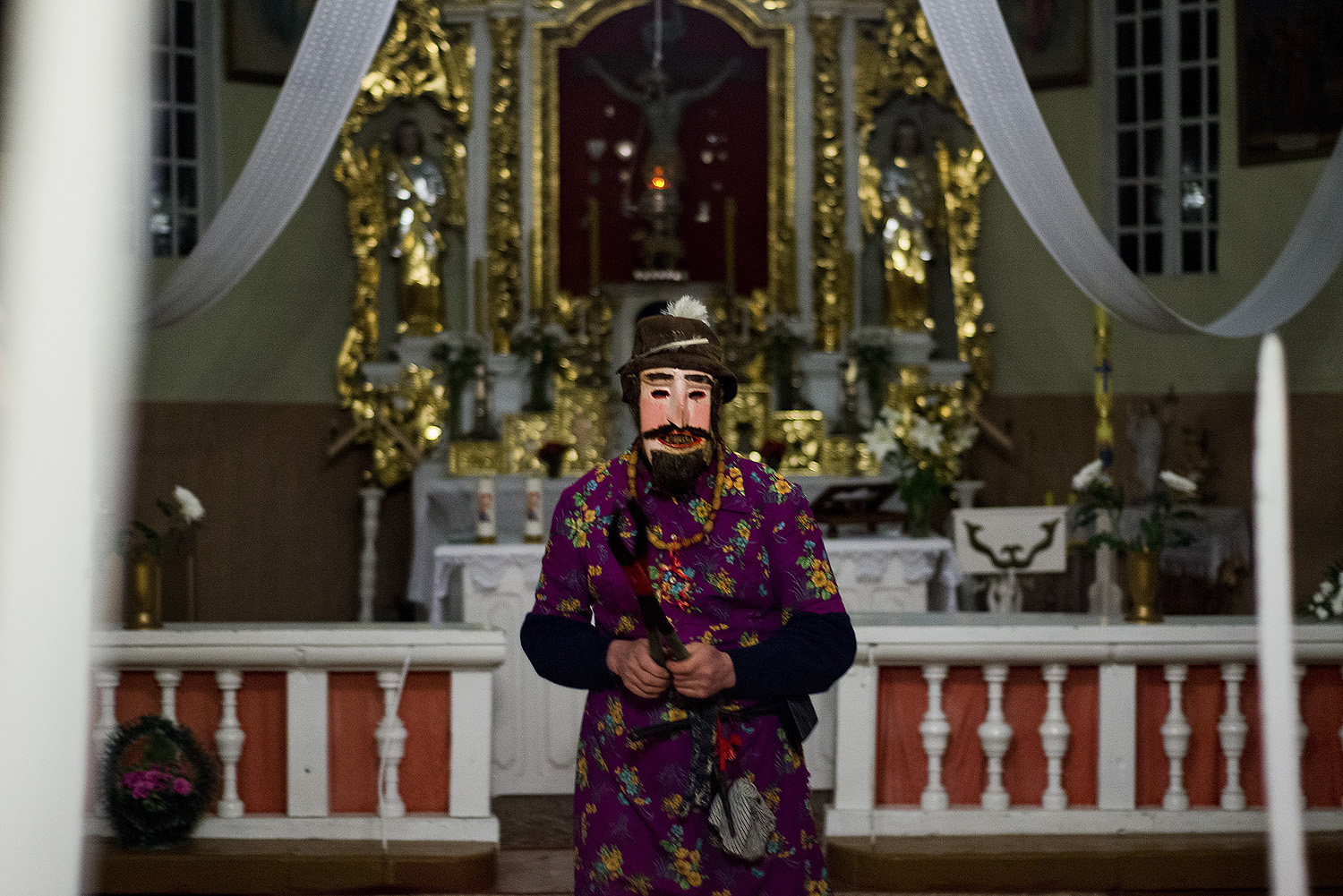 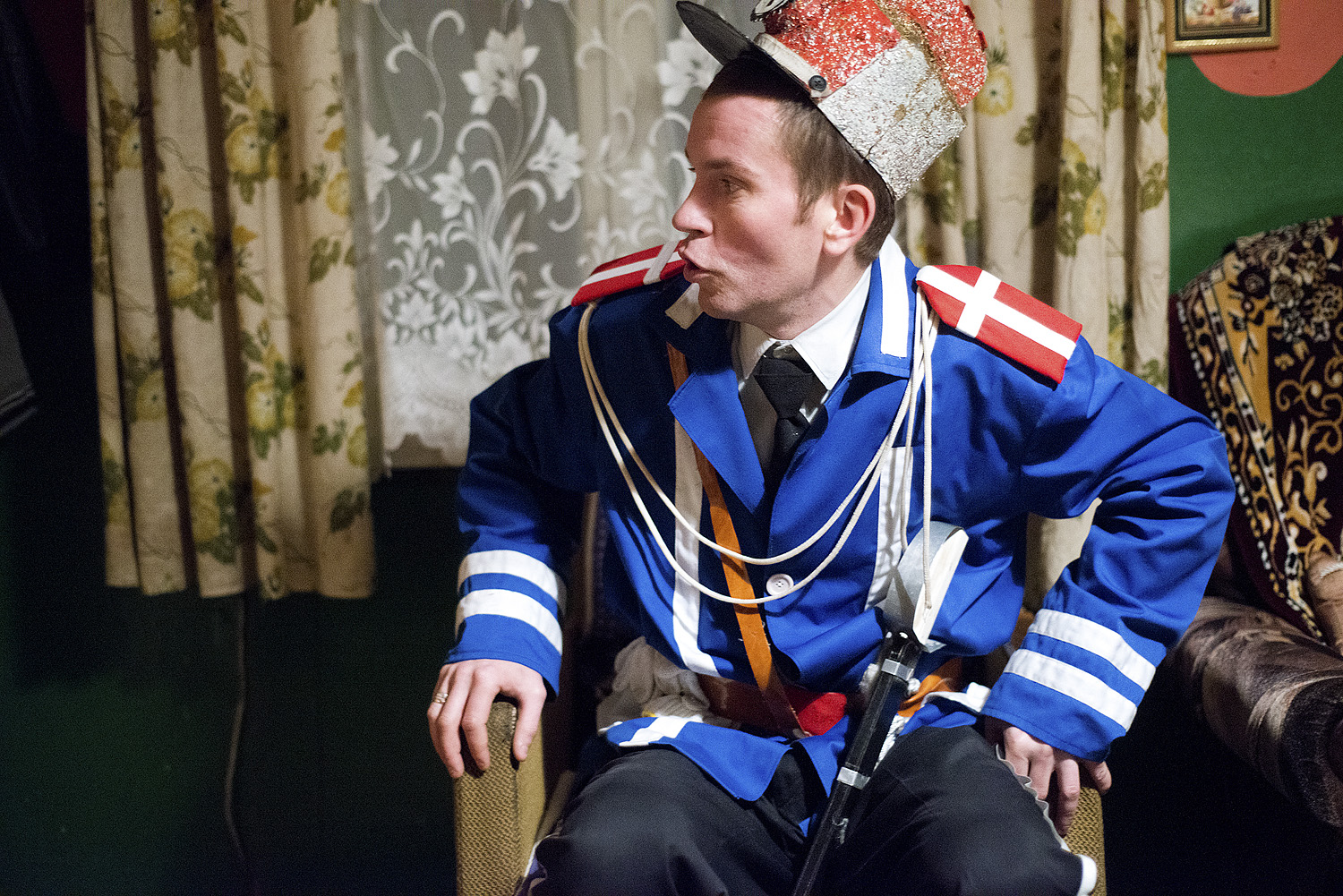 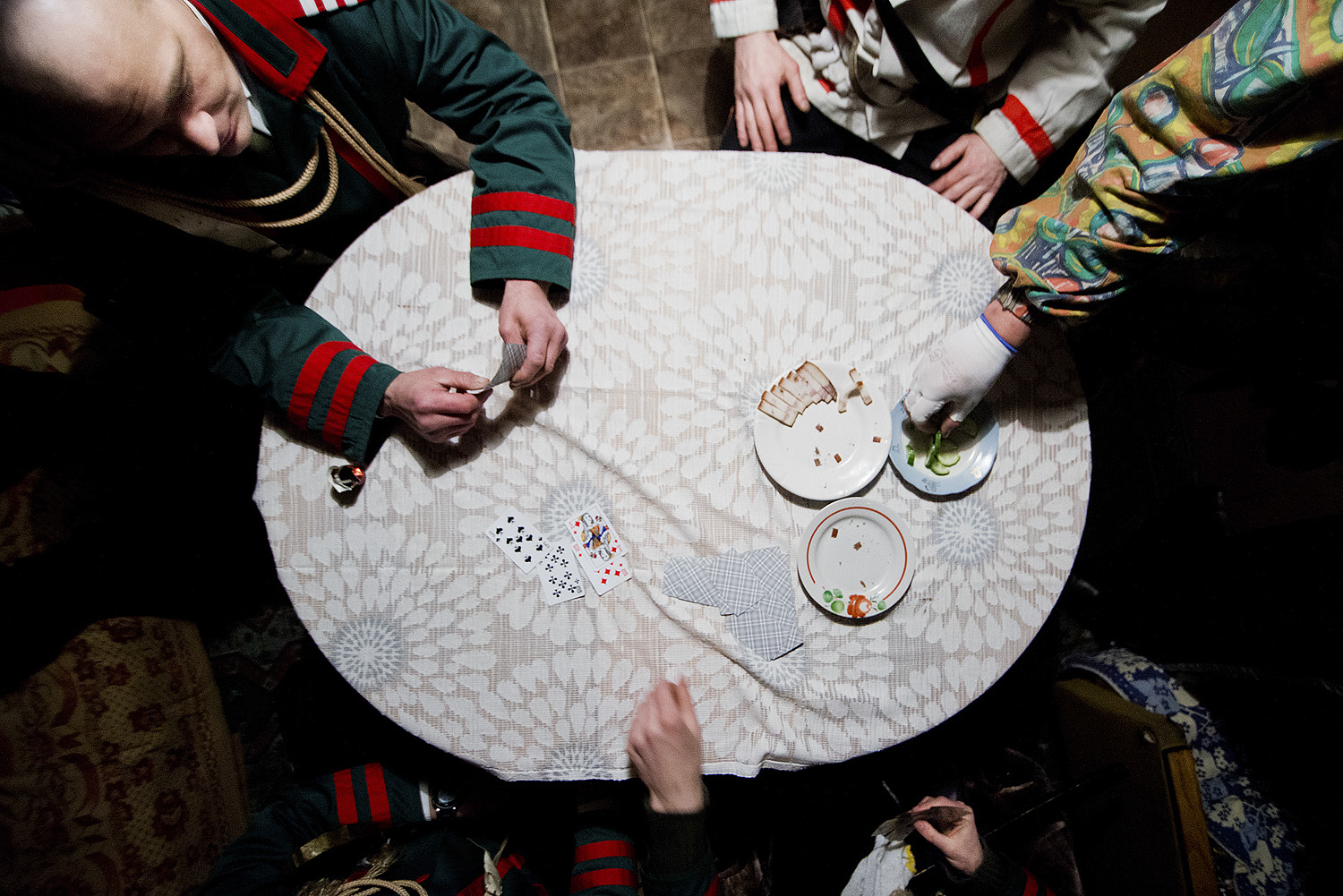 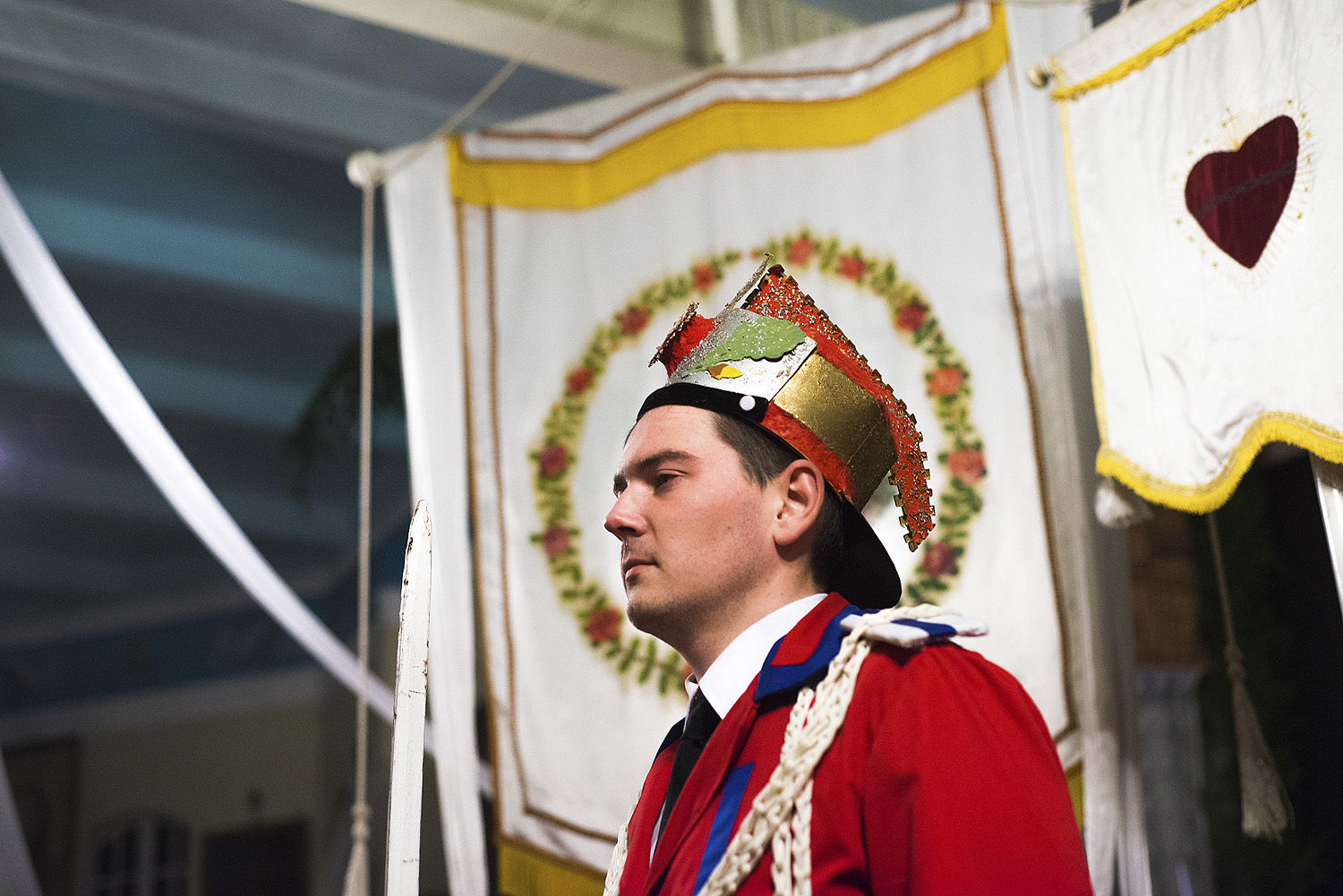 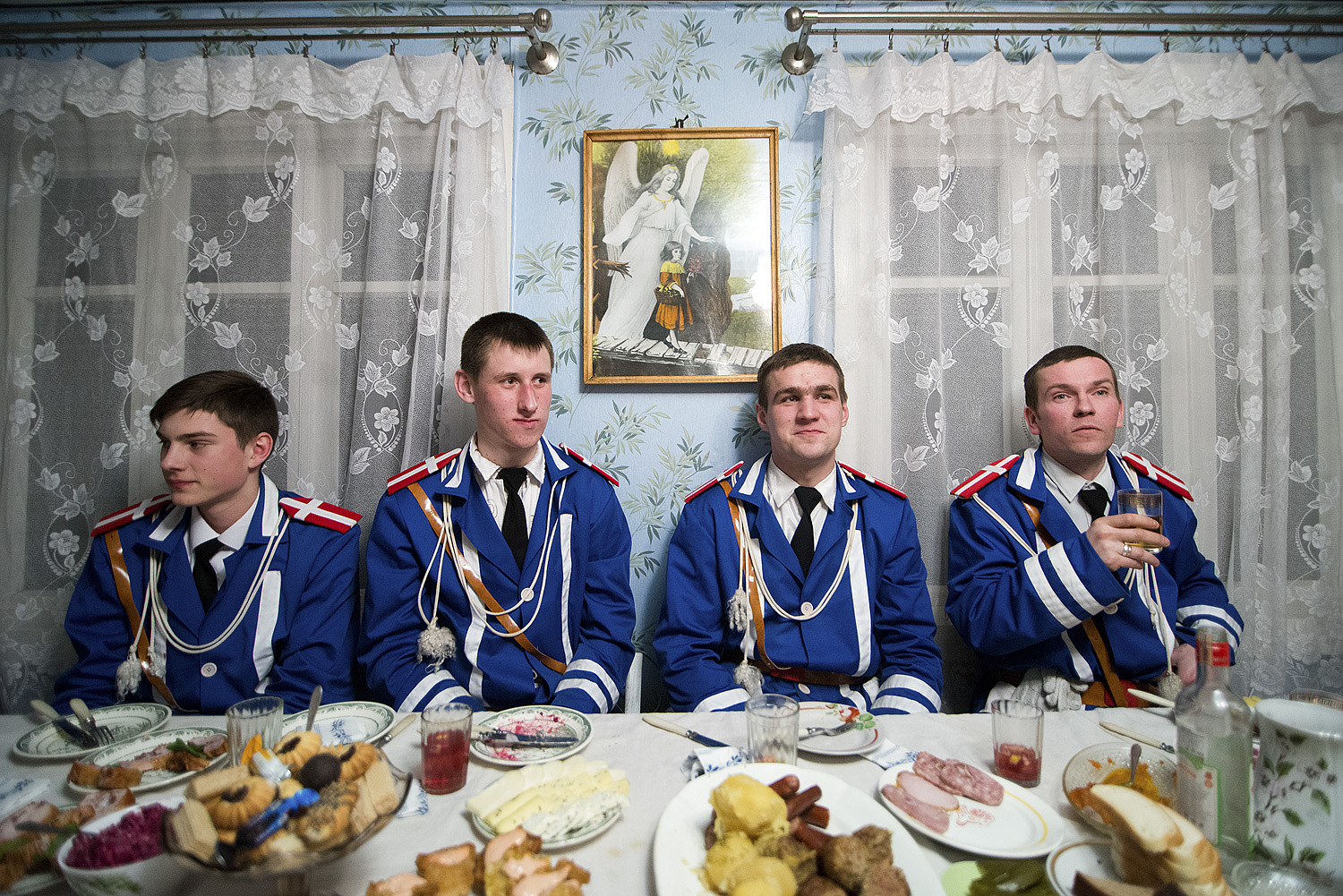 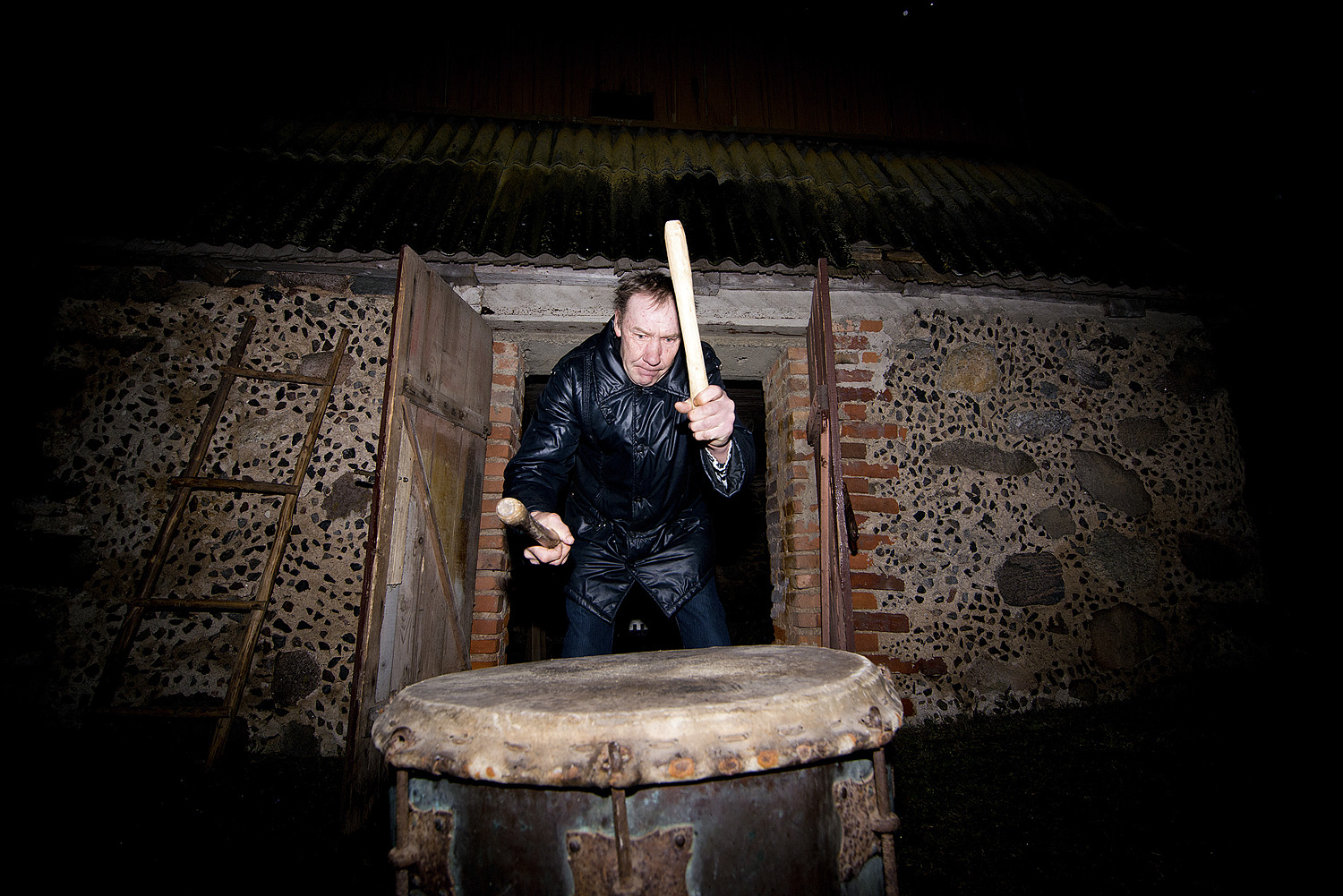 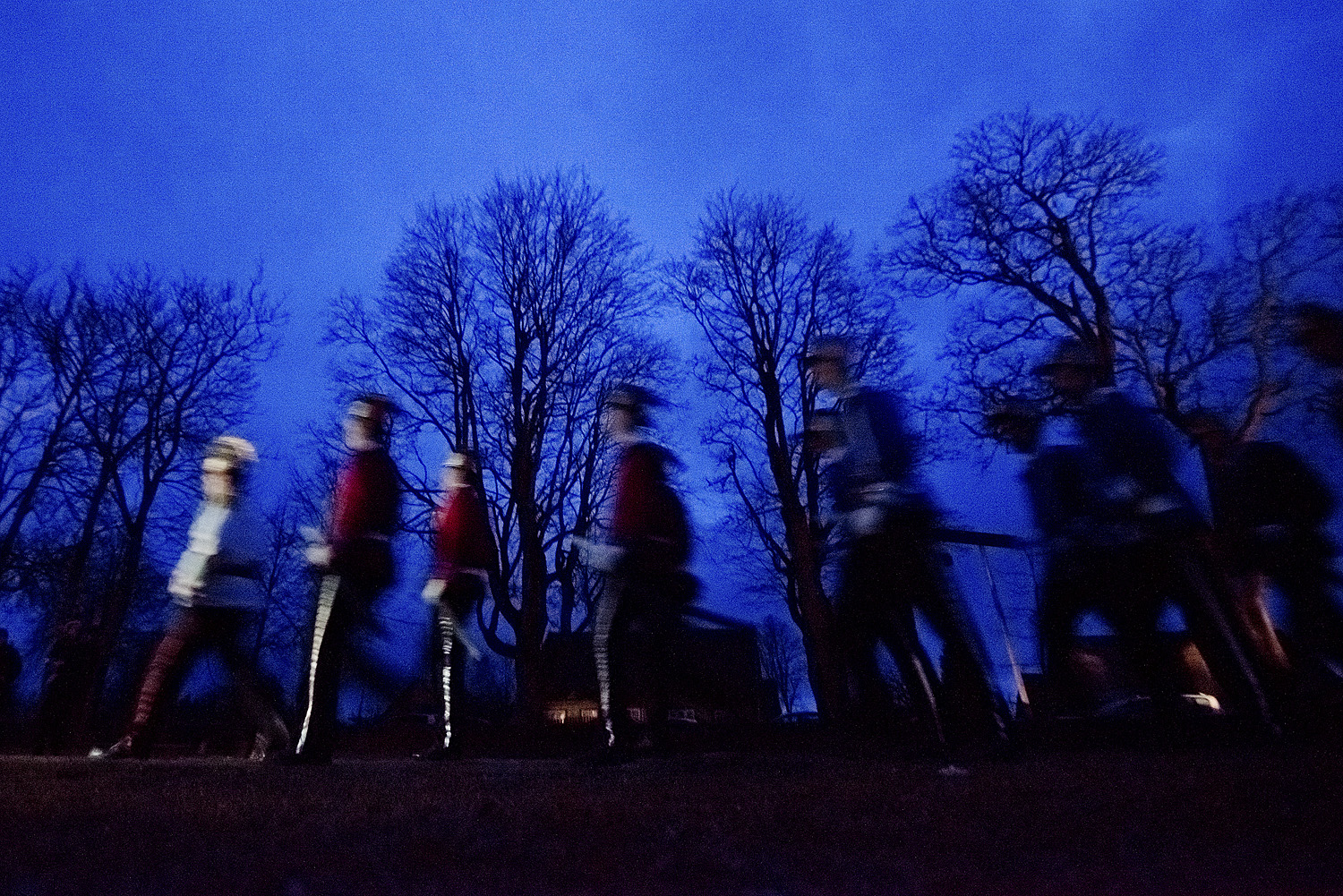 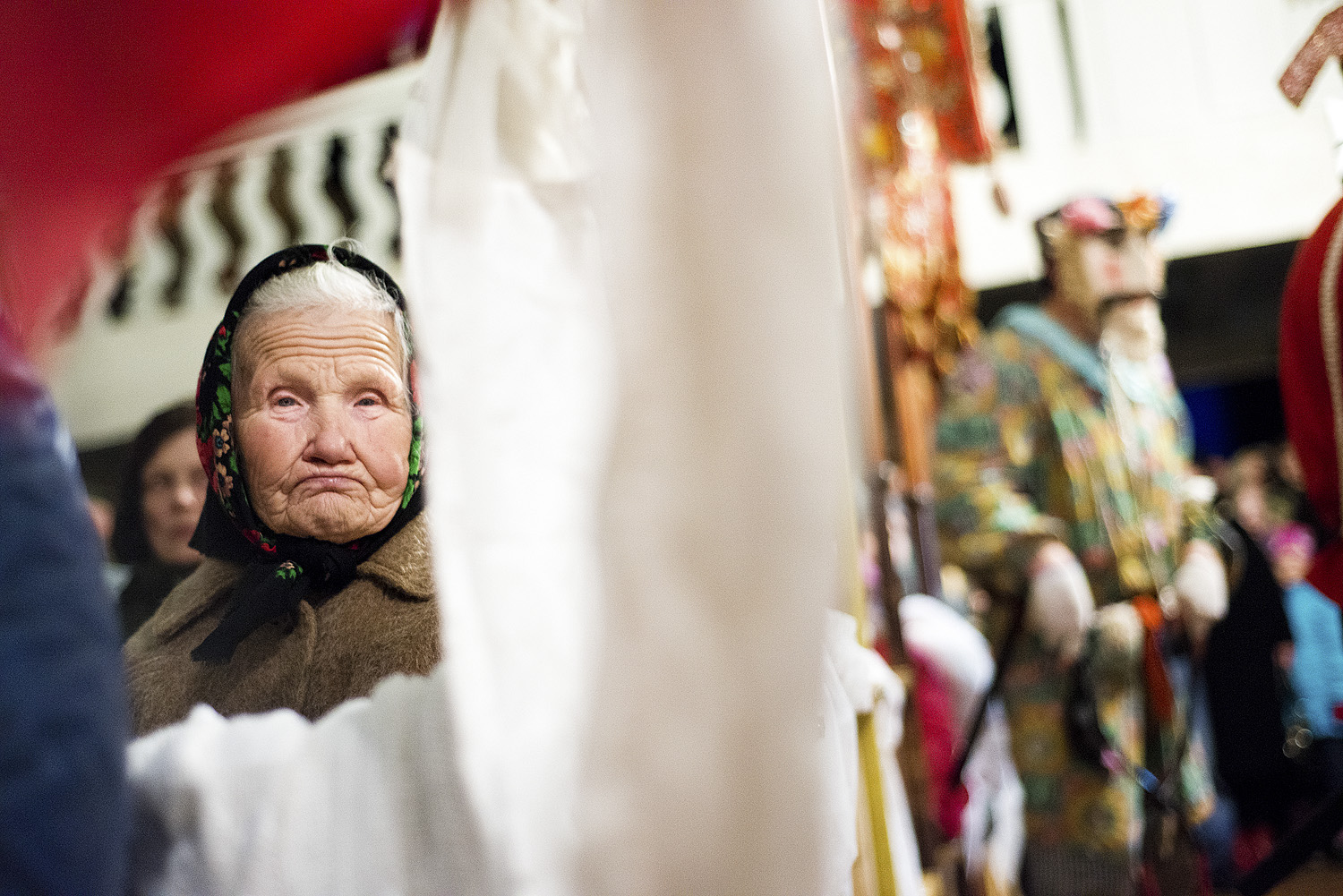 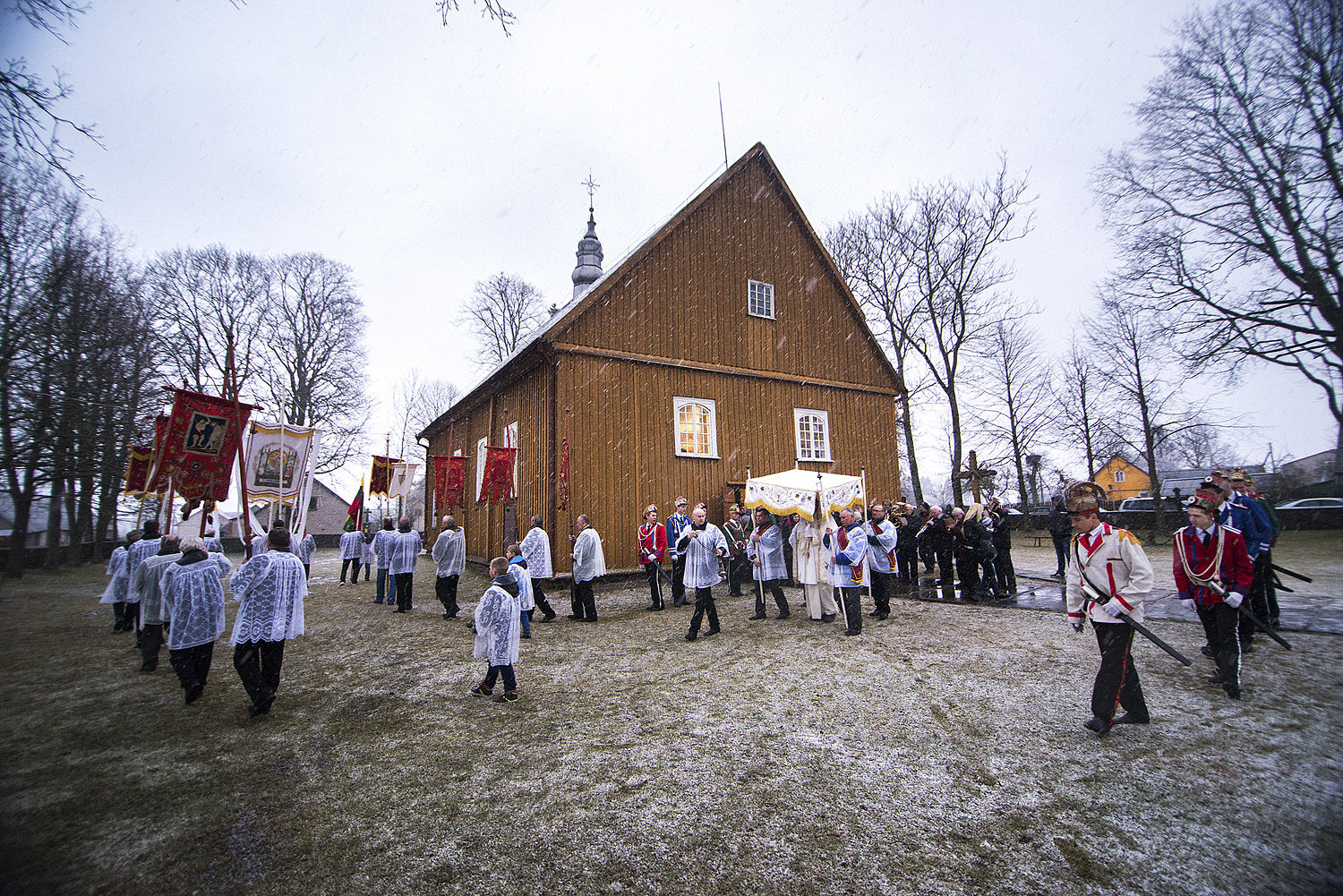 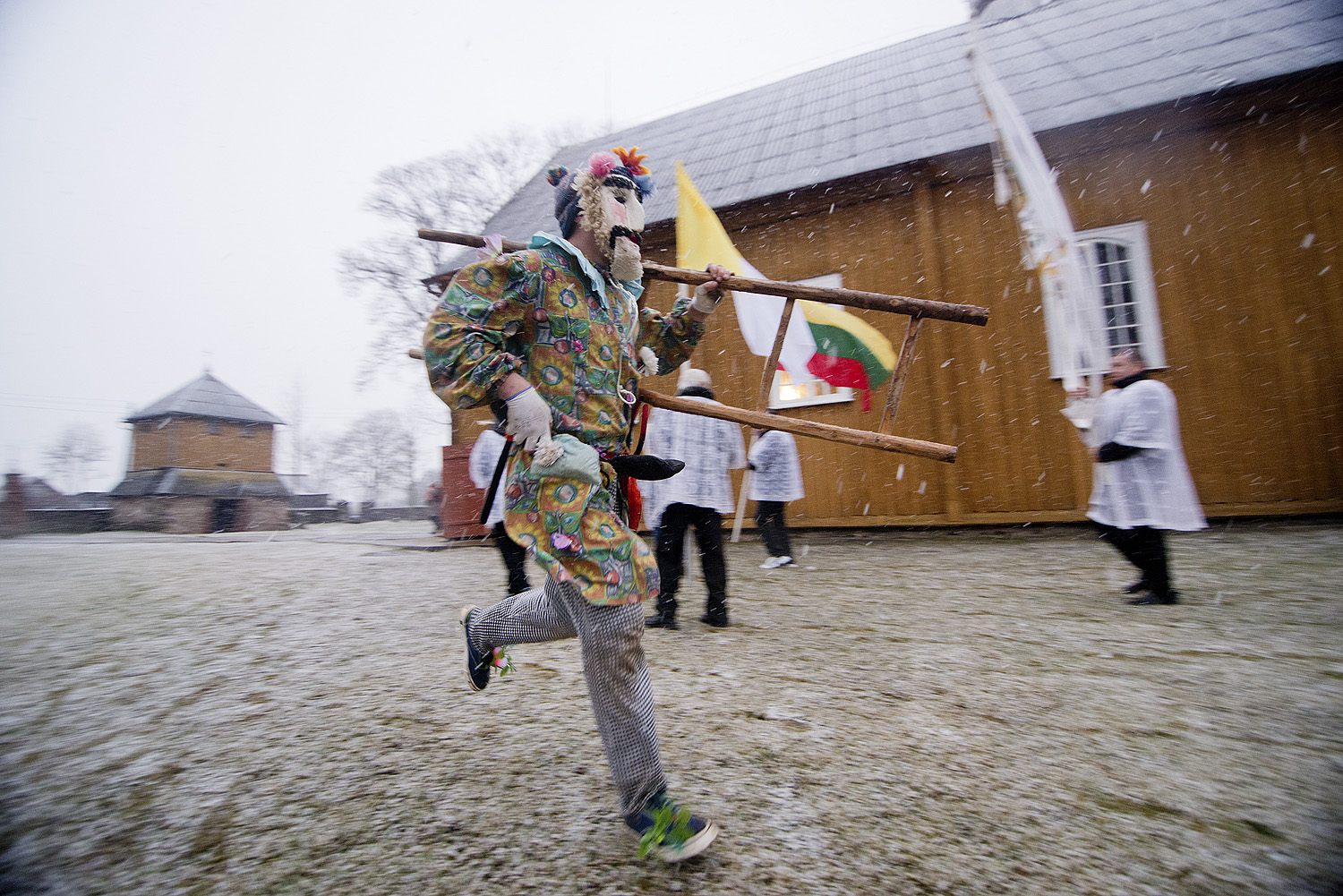 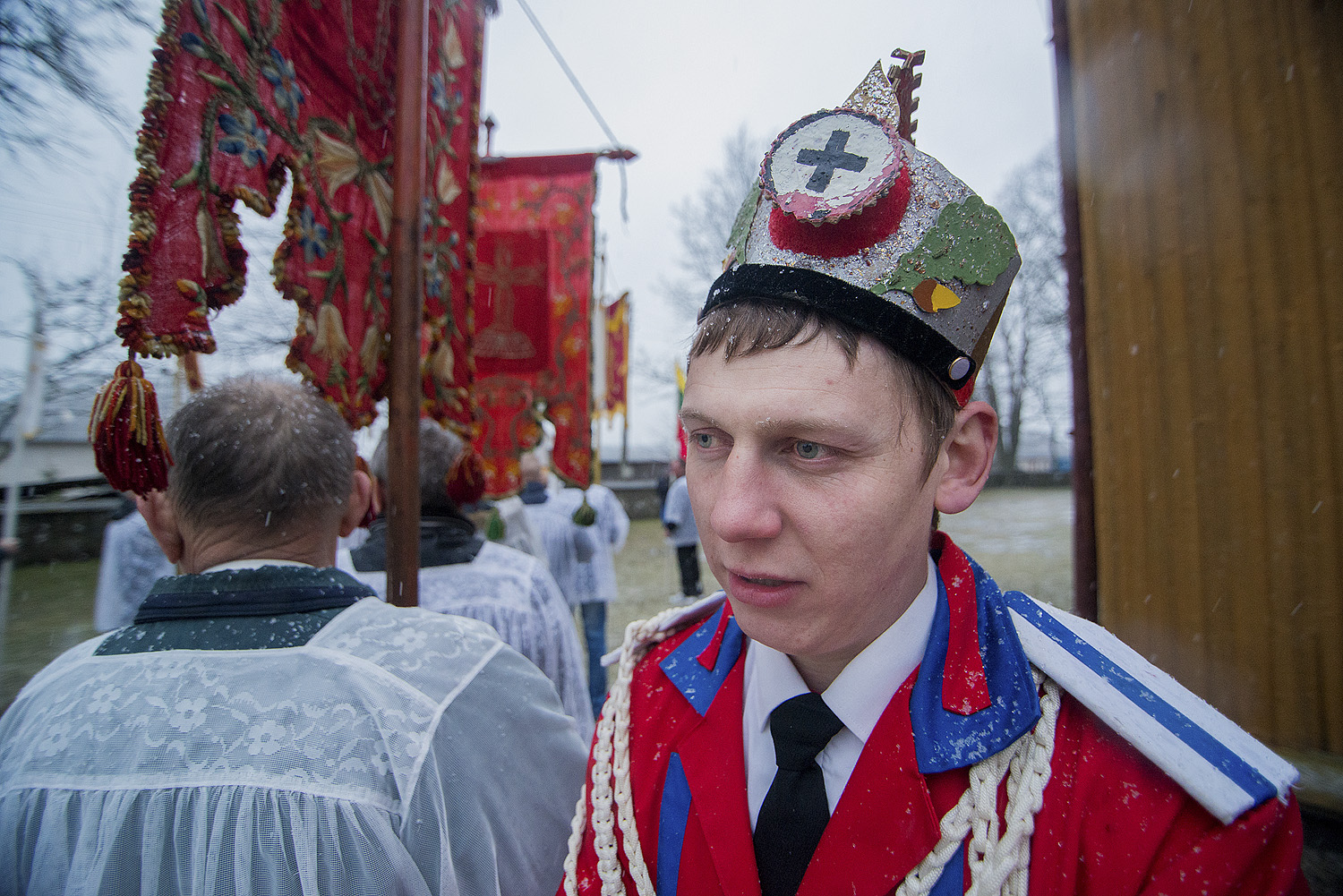 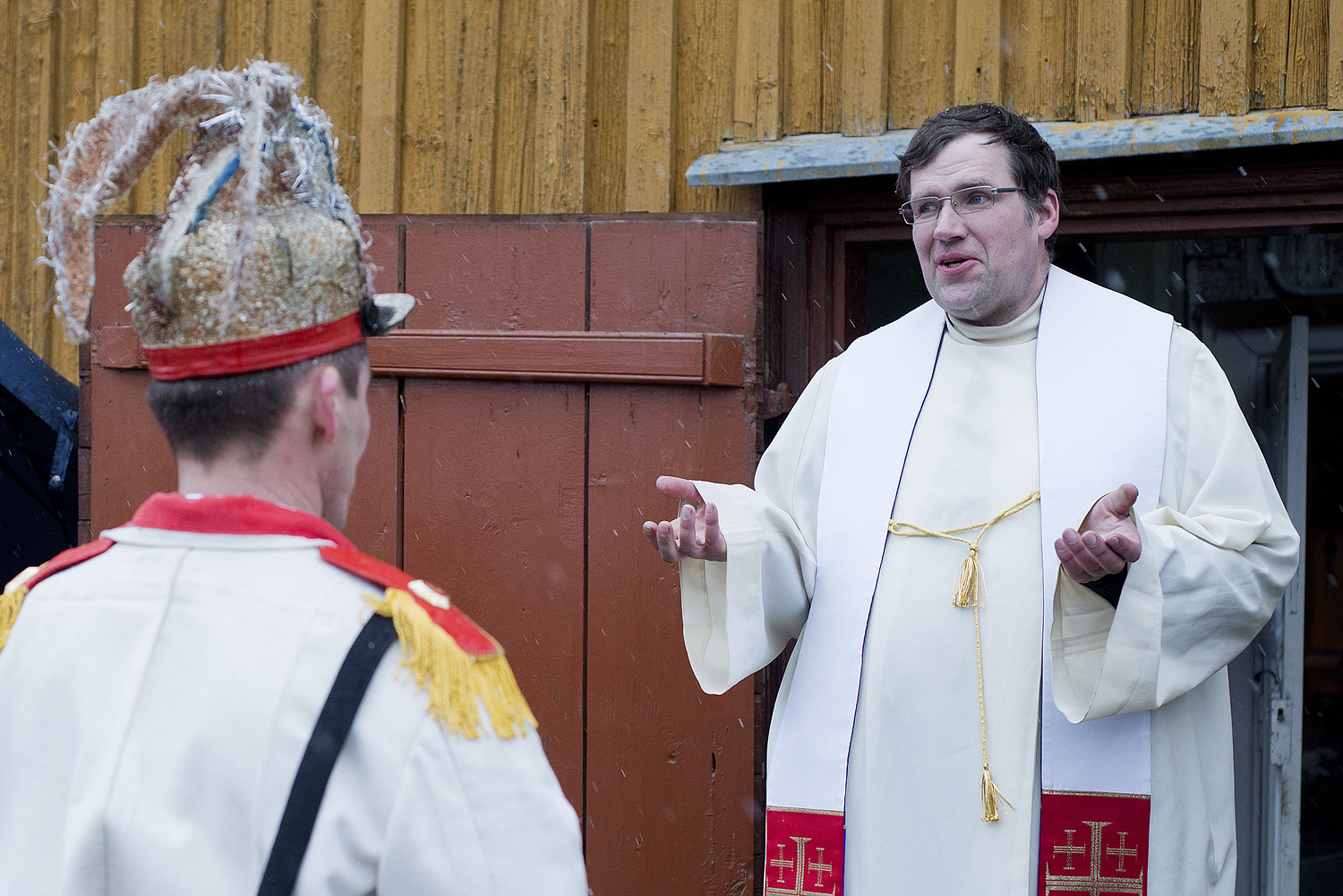 Each year at Easter, a group of uniformed young men stand on guard in the local church of a small village, Pievėnai, in Lithuania. Their duty is to make sure that the passage of the annual procession is not disturbed. It is not against attacks of some street gangs or vicious criminals that they are defending the church; the purpose of their vigil is to protect the Cross from ‘Easter Jews’ (Velykžydžiai) – a group of local youngsters who, wearing masks and typical clothes, try to create visual embodiment of the stereotypical portrait of Jewish Orthodox.

Both groups are a part of the now nearly extinct tradition where the ‘Guards’ have to protect the Cross from being stolen by the ‘Easter Jews’, while the latter are doing their best to create havoc during the whole performance by harassing the believers gathered there and making every effort to hinder the Resurrection of Christ.

On Easter eve the Guards start their night vigil, meanwhile the ‘Easter Jews’ begin slipping into the church to disturb the solemn spirit of the evening service. The vigil continues the whole night long until the last of the believers leaves the House of Prayer. Then the Guards and the ‘Easter Jews’ gather  together in a neighbouring house to relax and have a meal, play cards, drink some beer or take a nap.

At the dawn of the Easter morning, the villagers are woken up by the sounds of drums which serve as an invitation to the morning service. Then it is time for the Guards and the ‘Easter Jews’ to return to the church to complete their duties in a joint procession with the believers. The procession travels around the church three times, while the ‘Easter Jews’ run nine circles in the opposite direction making their last attempts to prevent the Resurrection by demonstrating the stereotypical Jewish opposition.

According to the local priest, Saulius Styra, the roots of this tradition are unknown, though he believes that before the war (the Second World War), such a tradition was known in all churches. Local people claim that this tradition no longer exists anywhere else but in their village.

Most Lithuanians of today view this tradition as obsolete. Its opponents claim that it is a relic of the past that reflects fascist attitudes of the old world, thus it is incompatible with the modern times.

Irrespective of the attitudes of outsiders, its participants view this tradition in a totally different light.  Locals see it as simply an old tradition which is based on the Bible without any intention to either offend or demonise anybody. “‘Easter Jews’ tempt and distract believers”, explains Priest Styra, “they are compared to devils. And the scenario is taken from the scene of Crucifixion [from the Bible]. When Christ was crucified, there were only Jews all around, and I see nothing in this performance to malign Jews”, says the Priest.